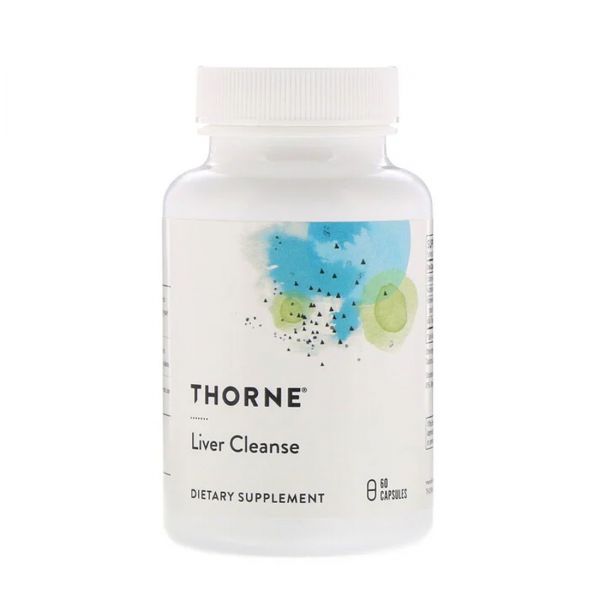 Liver Cleanse enhances bile production and flow, optimizing metabolism and excretion of substances the liver detoxifies.* Use it for general liver support or as part of a detoxification program.

Prior to starting a detoxification program it is important to achieve optimal bowel function. It is therefore important to include a fiber formula, such as Thorne's FiberMend, to support the elimination of toxins from the body by binding the toxins released into the intestines from the liver and preventing their reabsorption.

The liver employs a two-phase method of detoxification. In phase I, fat-soluble substances, including toxins, are converted by the cytochrome p450 enzymes into intermediate substances that, while they are now more water-soluble, are not yet ready to be eliminated. Then, in phase II, the intermediate substances created during phase I are attached to glutathione, sulfur, or methyl groups that make them sufficiently water-soluble so as to be excreted from the liver in the bile.

The suggested starting use of Liver Cleanse is to take one capsule in the evening. If additional liver cleansing is indicated, then supplementation can be gradually increased.

Take 1 capsule one to three times daily or as recommended by your health-care practitioner.

If pregnant or nursing, do not use this product.

Tamper Evident: Use only if bottle is sealed. Store tightly sealed in a cool, dry place.